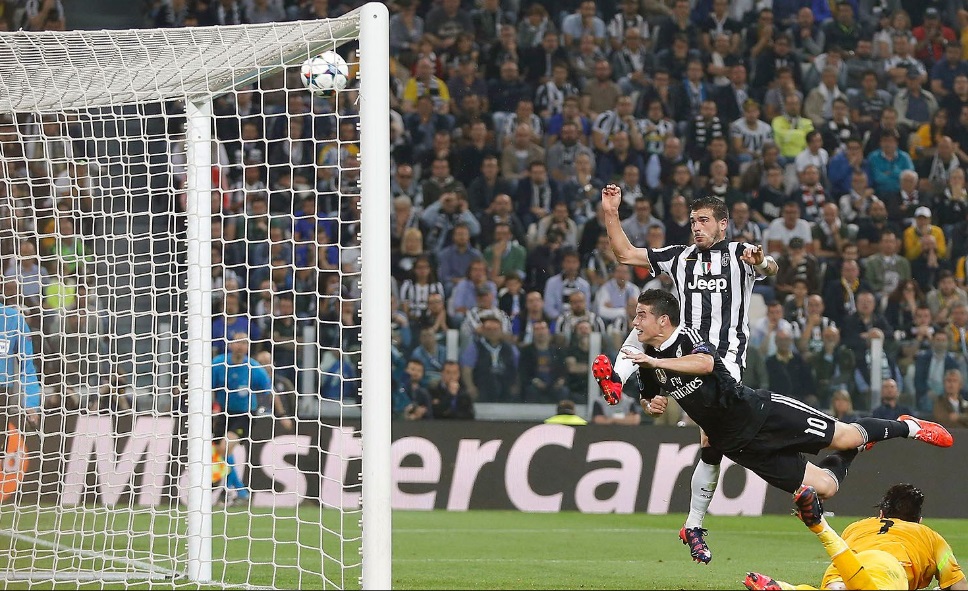 The game between Real Madrid and Juventus ended in favor of the Italians in the first leg of the Champions Semi-Final.

It was Morata, who fired Juventus in front after eight minutes with an easy tap-in after Iker Casillas could only avoid a Tévez shot. Later, Cristiano Ronaldo, responded for the visitors, but Tévez continued to work tirelessly for the cause and just before the hour he converted a penalty which he had earned with a great run shortened by Dani Carvajal in the box.

Carlo Ancelotti designed an exotic strategy with the absence of Chicharito, it highlighted the presence of Sergio Ramos as holding mid and a trident made up of Cristiano, Gareth Bale and Isco.

It was later on in the game that is was time to make room for Chicharito, but Juventus had already retaken the handles of the party, and was now closing spaces and betting on the counterattack.

Morata, who declined to celebrate out of respect for his former club, knows a thing or two about Madrid and the Santiago Bernabéu. He came through the Blancos’ youth system, registering ten goals in 37 Liga outings before joining Juve last summer, with Madrid insisting on a buy-back clause.

Next Wednesday’s return leg at the Bernabeu with home advantage in favor of Madrid must win, even because that would tie 1-0 overall and would benefit by the away goal.

Soccer
Juventus vs Real Madrid
Description
The game between Real Madrid and Juventus ended in favor of the Italians in the first leg of the Champions Semi-Final.
Skillz
footballsoccer