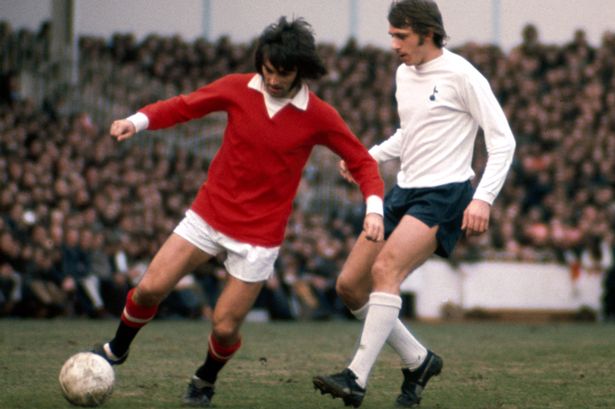 Born and brought up in Belfast, Best began his club career in England with Manchester United, with the scout who had spotted his talent at the age of 15 sending a telegram to manager Matt Busby which read: “I think I’ve found you a genius.” He went on to see success with United, scoring 179 goals from 470 appearances over 11 years, and was the club’s top goalscorer in the league for five consecutive seasons.

One of the greatest dribblers of all time, his playing style combined pace, skill, balance, feints, two-footedness, goalscoring and the ability to beat defenders.Best unexpectedly quit United relatively early in 1974 at age 27, but returned to football for a number of clubs around the world in short spells, until finally retiring in 1983, age 37. In international football, he was an automatic choice when fit, being capped 37 times and scoring nine goals from 1964 to 1977, although a combination of the team’s performance and his lack of fitness in 1982 never allowed his talent to be displayed in the finals of a European Championship or World Cup. 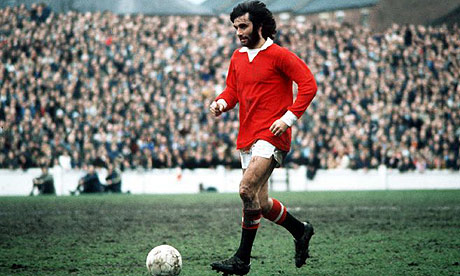 Such was Best’s talent and charisma that he became one of the first celebrity footballers, earning the nickname “El Beatle”, but his subsequent extravagant lifestyle led to various problems, most notably alcoholism, which he suffered from for the rest of his life. These problems affected him on and off the field throughout his career, at times causing controversy. He often said of his career that “I spent a lot of money on booze, birds and fast cars – the rest I just squandered” -WIKI